Since 1988, the Commissioner General for Refugees and Stateless Persons (CGRS) has been taking decisions that have significant consequences for the applicant. It therefore carries great responsibility. Every employee of the CGRS aims to create an open, reliable and decisive organisation that offers protection to those who need it.

With a young and well-trained team, the CGRS strives to take an appropriate decision for every application as quickly as possible. Therefore, the employees work with integrity and in a respectful, unbiased manner.

The CGRS investigates every application on an individual basis. The Commissioner General takes asylum decisions in an independent manner.

The CGRS functions within a stringent legal framework.

In essence, the legal framework comprises the Geneva Convention of 28 July 1951 relating to the Status of Refugees, a number of texts from the European Union and Belgian legal definitions.

The Act of 15 December 1980 regarding access to the territory, residence, settlement and the removal of foreigners (the Aliens Act) contains definitions both for refugee status and subsidiary protection status.

The Belgian legal definitions in the Aliens Act that regulate the functioning of the CGRS are, to a large extent, the result of converting European directives. These directives are principally intended to implement a common European asylum system.

Geneva Convention of 28 July 1951 relating to the Status of Refugees, as amended by the Protocol of New York of 31 January 1967.

Directive 2013/32/EU of the European Parliament and of the Council of 26 June 2013 on common procedures for granting and withdrawing international protection.

Directive 2011/95/EU of the European Parliament and of the Council of 13 December 2011 on standards for the qualification of third-country nationals or stateless persons as beneficiaries of international protection, for a uniform status for refugees or for persons eligible for subsidiary protection, and for the content of the protection granted.

Act of 15 December 1980 regarding access to the territory, residence, settlement and the removal of foreign nationals (unofficial coordination).

Royal Decree of 8 October 1981 regarding access to the territory, residence, settlement and the removal of foreign nationals (unofficial coordination).

Royal Decree of 11 July 2003 for regulating the workings of and the judicial procedures for the Commissioner General for Refugees and Stateless Persons (unofficial coordination).

Royal Decree of 15 December 2019 for implementation of article 57/6/1, § 3, fourth section, of the Act of 15 December 1980 regarding access to the territory, residence, settlement and the removal of foreign nationals, establishing the list of safe countries of origin.

In order to conduct harmonised assessments of asylum applications, the Commissioner General draws up a policy. He does so completely independently.

The themes transcend the situation in the individual countries of origin. These are horizontal themes.

The policy themes are very diverse and relate to both legal concepts and asylum profiles, such as applicants for international protection who require special procedural guarantees as a result of their vulnerable profile.

The Commissioner General implements a policy that, on the one hand, transcends the policy themes in relation to countries and, on the other, focuses on one country of origin.

When taking an asylum decision, the Commissioner General takes account of the specific current situation in the applicant's country of origin. He bases himself on the actual circumstances but also considers recent developments.

Per country, the Commissioner General can:

What does the CGRS not do ?

The CGRS is authorised to investigate applications for international protection.

The CGRS is responsible for granting refugee status or subsidiary protection status but does not recognise stateless persons.

Stateless persons can obtain recognition by submitting a unilateral petition to the family court at their place of residence. The CGRS supplies documents of civil status to recognised stateless persons.

The applicant applies personally to the Belgian embassy or consulate in the country where he resides.  The Immigration Office (IO) processes the applications. The conditions depend on the type of visa that has been applied for.

Documents for persons with the subsidiary protection status

The CGRS is authorised to provide documents of civil status to recognised refugees and stateless persons, but not to persons with the  subsidiary protection status.

The person with subsidiary protection status requests a birth certificate from the embassy of his country of origin in Belgium.  If this is not possible, the person with subsidiary protection status can approach the Justice of the peace Court in his town of residence, to obtain an Act of Notoriety. This document can replace the birth certificate in some procedures.

Justice of the peace Courts in Belgium

If a person resides in Belgium and would like to apply for a residence permit for more than 3 months, he can apply for regularisation in exceptional circumstances in Belgium. This is only possible if the applicant cannot submit this application to the diplomatic post in his country of origin:

The CGRS is an independent federal administration. The task of the CGRS is to offer protection to persons who are likely to suffer persecution or serious harm if they return to their country of origin. The Commissioner General first determines whether the applicant qualifies for the refugee status. If this is not the case, the Commissioner General studies whether the applicant qualifies for the subsidiary protection status. The CGRS studies each request for international protection in an individual, objective and impartial manner, in accordance with the Belgian, European and international regulations.

Read more about the examination

The CGRS also issues certificates and documents of civil status to recognised refugees and stateless persons.

The basic objective of the common European asylum system is that every third country national, regardless of the EU member state in which they apply for international protection, is entitled to a similar treatment of their asylum application and to similar reception conditions. To achieve this goal, the EU has been working on the harmonisation of the European asylum system since 1999 along a two-track policy: European legislation and practical cooperation.

The CGRS has always been at the forefront of building a common European asylum system. The mission of the CGRS includes the European and international dimensions of asylum policy. 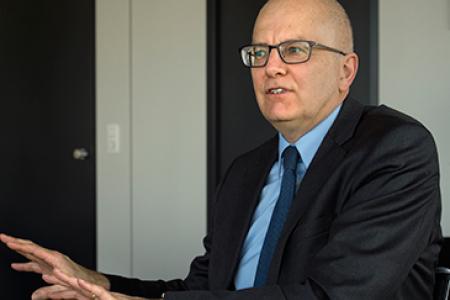 Dirk Van den Bulck has been Commissioner General for Refugees and Stateless Persons since 2005.

In 1999 he was appointed assessor for the Permanent Commission for Refugees (VBV, the predecessor to the Council for Alien Law Litigation).

Given the importance of European cooperation with respect to asylum, he has represented Belgium as a member of the board of the European Asylum Support Office (EASO) since November 2010. 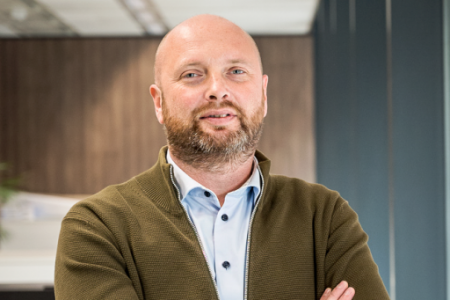 As a lawyer at the Auditor's Office of the Council of State (2005), Christophe became familiar with asylum and migration procedures. In 2007 he joined the CGRS as a protection officer and subsequently became a researcher for Cedoca.

As of 2018, Christophe was head of the Third Country Research Unit at EASO.

In January 2022, Christophe took up the position of Dutch-speaking Deputy Commissioner at the CGRS. 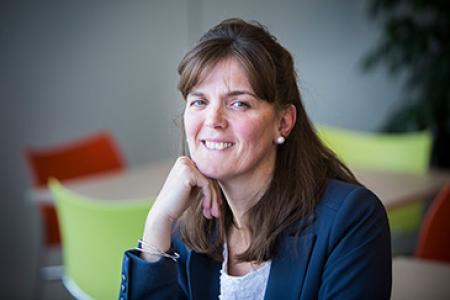 Sophie Van Balberghe has been Deputy Commissioner for Refugees and Stateless Persons since 2012.

Sophie Van Balberghe studied law at the Catholic University of Leuven (UCL). After obtaining her law degree, she completed a master's degree in human rights.

When she graduated she started working for the CGRS in October 1993. Over a period of seven years, she worked as a protection officer, supervisor and geographical coordinator ad interim.

After a period working for Fedasil, where she was appointed head of the French-speaking legal department, she returned to the CGRS as a protection officer in December 2011. She then ended up in the legal service.

On 1 August 2013, she was appointed Deputy Commissioner for Refugees and Stateless Persons.

Information about the asylum procedure, tailored to the asylum seeker, can be found at : asyluminbelgium.be.