Resettlement is also a tool to show solidarity with countries receiving large numbers of refugees and should be used as a lever to develop other solutions in those countries, such as increased self-reliance and better living conditions for the refugee population.

Since 2013, Belgium has a structural resettlement program with an annual quota. Over the period 2013-2021, Belgium resettled 4,431 refugees through the United Nations refugee agency (UNHCR). This involves mainly Syrians from the neighbouring Turkey, Jordan and Lebanon, and Congolese from the Great Lakes region.

In 2021, 964 refugees came to Belgium in the context of resettlement.

At first, UNHCR makes a selection from the large group of refugees in the world on the basis of vulnerability criteria and the need for resettlement. Each year, UNHCR publishes a report that includes a chapter on resettlement needs and priorities throughout the world, the Projected Global Resettlement Needs document. Belgium only accepts resettlement submissions of UNHCR and takes into account these priorities as far as possible.

The conditions to be eligible for resettlement are the following:

You will find more information in the UNHCR Resettlement Handbook. 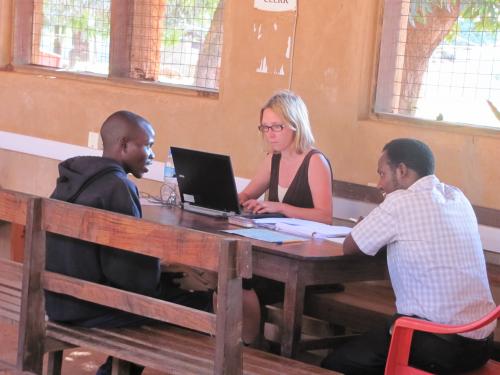 The CGRS organizes a selection mission to the country of first reception and interviews the persons submitted for resettlement. Based on the interview with the CGRS and on the other elements of the case, the CGRS draws up a selection advice and submits it to the Minister competent for Asylum and Migration. Upon agreement, he/she instructs to issue the necessary travel documents to the selected refugees.

During the selection, Fedasil performs a medical screening of every refugee so that any medical needs can be taken into account during the reception, but this does not influence the decision.

Before they leave, the refugees meet staff members of Fedasil (Federal Agency for the Reception of Asylum Seekers in Belgium), who inform them about life in Belgium, manage their expectations, prepare them for their departure to Belgium and collect relevant information for the reception partners. To be able do so, Fedasil receives logistical support from the International Organization for Migration (IOM).

With the assistance of the Ministry of Foreign Affairs and the Belgian embassies, Fedasil organizes the transfer to Belgium. IOM provides practical support: flight tickets, pre-departure medical checks, travel support upon departure, transit and arrival and facilitating immigration and customs formalities.

There are different reception models for the resettled refugees in Belgium. The standard model consists in a reception phase in a collective centre specialised in the reception of resettled refugees (Kapellen, Florennes, Morlanwelz, Pondrôme and Saint-Trond), followed by a stay in a LRI or a TVU (a facility for vulnerable profiles, managed by Caritas International). In some cases, the resettled persons are accommodated in a LRI or a TVU right after their arrival. In addition, the PCSW (public social welfare centres) have the possibility to offer refugees accommodation in their commune and thus become a partner of the programme, either right after the arrival of the refugees or after a stay in a collective reception centre or in a LRI.
Besides the reception models proposed by the government actors (Fedasil or the PCSW), there is a model where the reception is ensured by the community itself: the community sponsorship project. A group of volunteers can be candidate to receive a person or a family resettled in Belgium and to guide them for some time. The group thus joins one the intermediary organisations that provide the necessary support in the field.

Resettlement: how many and where?

UNHCR estimates the number of persons in need of resettlement in 2022 at 1.44 million world-wide, including 42 % Syrian refugees, 10 % refugees from the Democratic Republic of Congo and 9 % from South Sudan. UNHCR identifies 3 priority refugee situations for the EU countries:

A large portion of the Syrian refugee population in these countries is living in poverty, with limited access to formal employment and basic services. Their situation has even worsened due to the COVID-19 crisis.

As a result of persistent insecurity and prolonged conflicts, particularly in the Sahel, but also in other regions of sub-Saharan Africa, refugee flows continue. In this context, the UNHCR asks EU Member States to continue to pay attention to the Emergency Transit Mechanisms. Through these mechanisms, vulnerable refugees in Libya are evacuated to Niger or Rwanda, from where they can be resettled to resettlement countries.

During 2017 and 2018, the CRRF was introduced in various refugee settings around the world. The lessons learned helped to develop the Global Refugee Compact (GRC), which was confirmed by all UN members in December 2018. The CRRF is a programme that calls for greater support for refugees and more solidarity with the countries receiving refugees. More particularly, this involves Chad, Djibouti, Ethiopia, Kenya, Somalia, Rwanda, Uganda, Zambia, Belize, Costa Rica, Guatemala, Honduras, Mexico, Panama and Afghanistan.

In addition, UNHCR asks Member States to use unallocated quotas outside the aforementioned priority areas. These can be used in a flexible manner for urgent and emergency cases throughout the world.

Since 2013, when the common European resettlement program was launched, Belgium has a structural resettlement program. This means that it provides an annual quota of resettlement locations. However, in the past, several operations were executed that can be considered as resettlements. In 1956-1957, 6,000 Hungarians who fled after the suppression of the Hungarian uprising were offered a new home in Belgium, and in 1973, 1,100 Chileans could escape Pinochet’s terror regime and begin a new life in Belgium. In 1975, 2,500 boat people from Vietnam and Cambodia were offered the chance to settle in Belgium. In 1992, 200 Bosnians were admitted, and at a later stage children, injured persons and relatives from Bosnia. In 1999, during the war in Kosovo, 1,200 Kosovars were transferred to Belgium.

In 2009, the then Minister for Asylum and Migration, Annemie Turtelboom, instigated the resettlement projects. In February 2009, Annemie Turtelboom and the Commissioner General for Refugees and Stateless Persons, Dirk Van den Bulck, visited a Dutch resettlement mission in Kenya. A first pilot project, as part of which 47 Iraqi refugees were resettled in Belgium, was set up the same year. In 2011, Belgium resettled 25 persons of Congolese and Eritrean descent, who had fled from Libya, where a civil war had broken out, to Tunisia.

After two earlier successful pilot projects, the then Secretary of State for Asylum and Migration, Maggie De Block, decided in 2012 to launch a structural resettlement program, which effectively started in 2013.

Resettlement throughout the world and in the EU

Resettlement in the world

UNHCR estimates the number of persons in need of resettlement in 2022 at 1.44 million world-wide, including 42 % Syrian refugees, 10 % refugees from the Democratic Republic of Congo and 9 % from South Sudan.

Resettlement and the EU

Resettlement fits within the EU's long-term policy to improve the management of migration flows. On 23 September 2020, the Commission, together with the Pact on Immigration and Asylum, proposed a " Recommendation on legal pathways to protection in the EU: promoting resettlement, humanitarian admission and other complementary pathways". In this Recommendation, the Commission urges Member States to implement the existing 2020 EU Resettlement Program. Because of COVID-19, the deadline for the implementation was extended to 31 December 2021. The Recommendation emphasizes the importance the Commission attaches to continuing and increasing the EU commitment to resettlement from 2022 and to developing and expanding complementary pathways to international protection, as part of a comprehensive approach to migration.

There were already various earlier initiatives to develop a common EU resettlement policy. On 29 March 2012, the European Parliament approved a Joint Resettlement Program listing common EU priorities for resettlement. These priorities largely correspond to those of UNHCR (see TAB 2).

Since 2013, the EU also provides financial support to the Member States which resettle refugees falling under these common priorities (€ 10,000 support per resettled refugee).

There are also other European resettlement initiatives, such as the 1:1 Program with Turkey, which determines that for every Syrian who is sent back from the Greek islands to Turkey, a Syrian will be resettled from Turkey to an EU country, taking into account the UNHCR vulnerability criteria.

Can I, or a relative or an acquaintance, file an application for resettlement in Belgium?

No, Belgium only accepts resettlement submissions of the UN refugee organization (UNHCR). On the basis of criteria presented by Belgium, UNHCR identifies the most vulnerable refugees. For this reason, it is impossible to file a resettlement application directly with a Belgian authority.

What are the rights of a resettled refugee in Belgium?

Can relatives of a recognized refugee also travel to Belgium and settle there?

The same rules for family reunification apply to resettled refugees and to refugees who have been recognized in Belgium. (cfr. brochure “YOU HAVE BEEN RECOGNIZED AS A REFUGEE IN BELGIUM”). Relatives of recognized refugees who are not entitled to family reunification can be submitted for resettlement by UNHCR if they meet the criteria, but Belgium does not intervene in this in any way.

Can I file an application with UNHCR for a relative who cannot come to Belgium through family reunification?

If your relatives have been registered as a refugee in another country by UNHCR, they should preferably turn to the local UNHCR office, where they can report that they have relatives in Belgium.

Does Belgium receive money to accept refugees for resettlement?

How long does it take between the Belgian decision to accept resettlement and the departure to Belgium?

After the decision to accept resettlement has been taken, it takes a few months before the refugee can travel to Belgium. However, this period may vary strongly. This depends partly on the situation in the country of first reception or the number of places available in the reception system in Belgium.

Can Belgium refuse a resettlement submission by UNHCR?

Yes, Belgium takes the decision based on its own analysis and independently from UNHCR.

What is the difference between resettlement and relocation?

Relocation is the transfer of asylum seekers from one member state to another. This process takes place within the European Union (EU), generally from countries under strong pressure which are situated at the EU’s external borders (e.g. Malta). For this group of asylum seekers, it still has to be decided after the transfer whether international protection will be granted. Whereas in the case of resettlement, the need for international protection has already been ascertained before departure and refugees have been identified by UNHCR. By definition, resettlement takes place from a third country (outside of the EU).

For questions regarding the selection phases in the resettlement process and the procedure of international protection, please contact the CGRS at resettlement@ibz.fgov.be.

For questions regarding the transfer to Belgium, the reception and integration of resettled refugees, please contact Fedasil at resettlement@fedasil.be.

Information about the asylum procedure, tailored to the asylum seeker, can be found at : asyluminbelgium.be.